Labor Day and Us: How Laborers Have Made This Nation Great 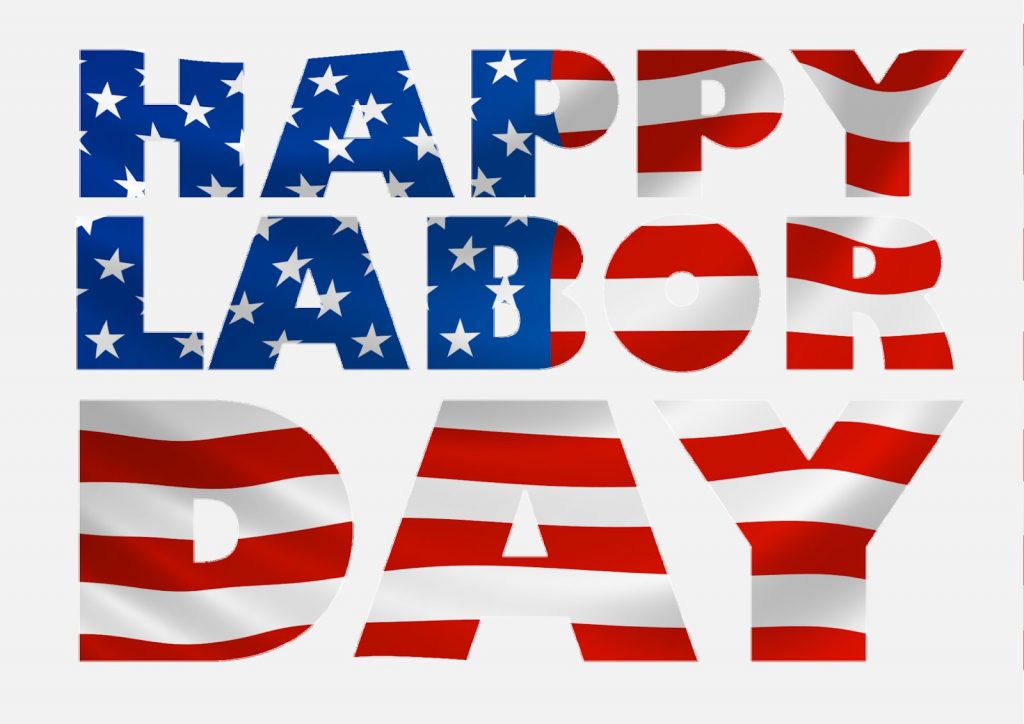 Do you love celebrating Labor Day? Are barbeques, fireworks, and family some of the best memories you have of summer?

Labor Day is more than just a great way to party outdoors before fall starts. It celebrates a rich history of working people in America.

Here’s why we take the day off and wave the flag every year on the first Monday of September.

What is the History of Labor Day?

Labor Day was first declared a national holiday in 1894. It celebrates American and Canadian working men and women.

Labor Day was first celebrated on September 5, 1882, in New York City, as suggested by New York City’s Central Labor Union. At the time, it was common for the average American to work twelve hours a day and six days a week.

Many states then passed legalization that recognized Labor Day as an American holiday. These included Oregon, New Jersey, and Colorado. At the time, there was much unrest among laborers throughout the country.

On June 2, 1894, the American Railway Union asked Americans to boycott Pullman railway cars. They were protesting the firing of their union representatives, as well as wage cuts.

The strike hurt railway traffic nationwide, and the federal government sent troops to Chicago. This resulted in a wave of riots and injuries to workers.

In an effort to repair the relationship with American workers, Congress made Labor Day a national holiday on June 28, 1894. It’s intended to celebrate our laborers and their contribution to the strength and prosperity of our nation.

During the eighteenth and nineteenth centuries, an Industrial Revolution occurred that transformed the US and European nations. They went from being largely agricultural societies into industrial ones.

New machines were able to mass-produce things like textiles, which once needed to be painstakingly crafted by hand. Things that used to require hours of labor could now get produced with far less time and effort. The Industrial Revolution came from Great Britain to the US in the 1830s.

Things like producing cloth required far less time and labor due to the invention of machines like the power loom. Iron could be smelted in a less expensive way with coke material instead of charcoal. And steam power allowed workers to go deeper and extract even more coal for energy.

The rise of factories transformed many of the country’s smaller towns into major cities. It brought the problems of urbanization with it, including pollution and a lack of adequate sanitation.

Many folks were forced to work in factories for long hours and for low wages. Eventually, the rise of labor unions and the passing of child labor laws helped to increase working conditions for most citizens. It was around this time that Labor Day was born.

Labor Day is often seen as a three-day weekend when Americans can take a trip to the beach or have folks over for a barbeque. School Children celebrate their last long weekend of freedom before returning to their classrooms.

Americans may celebrate with fireworks or shopping at the end-of-summer sales at their favorite shops. It’s seen as the end of the period of time when you can “wear white” clothing items, signaling the beginning of cooler weather. It’s also the end of the hot dog season.

Moreover, Labor Day is a time when our flag, which symbolizes perseverance and valor, is flown outside homes across the country. Parades give local villages the opportunity to display their patriotism.

The history of Labor Day is full of the strength, struggle, and determination that our country was built on. Today, Americans continue to celebrate our laborers and their invaluable contribution to our way of life on labor day.

For more information on the American flag and flag products, contact us today. 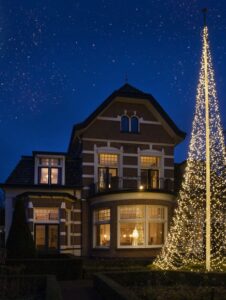 Are you looking for the perfect way to bring holiday spirit to your home and garden? Why not consider using a flagpole Christmas tree light 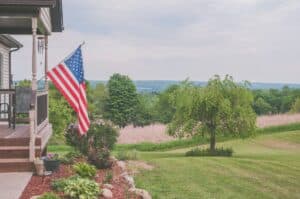 There’s no better way to showcase your pride in your country, military, or service affiliations than erecting the American flag in your front yard. In