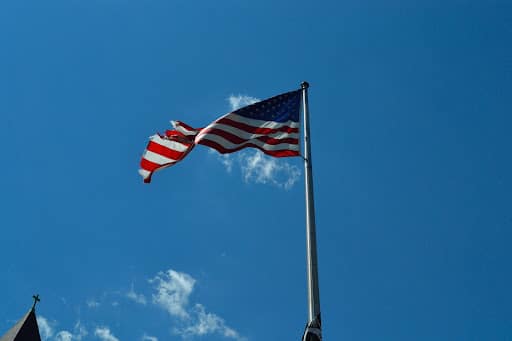 Have you ever flown an American flag and accidentally let it touch the ground? If so, you probably thought to yourself, what exactly are the proper flag rules, and have I been following them?

You might be surprised to learn that there are many flag guidelines to follow in the United States. How much do you know about American flag rules, etiquette, and procedures?

Many Americans have purchased a flag pole and proudly fly the red, white, and blue banner in front of their houses. Read on to learn what you need to know on proper American flag care.

In 1942, the United States government passed the Flag Code, which encapsulates how American citizens are supposed to treat the flag. Proper etiquette regarding the Flag Code includes standing during the Pledge of Allegiance and being respectful to the flag.

The American flag has been around for over 200 years, and many individuals have defended and honored America’s liberty for equally as long. The American flag is a symbol of freedom and therefore has strict rules on caring for it properly.

According to the U.S. Federal Flag Code, when the American flag is carried in a procession with another flag or flags, it should be either on the marching right; that is, the flag’s own right or If there is a line of other flags, in front of the center of that line.

When the flag is flown at a press conference or other public speaking event, it must be behind and above the speaker’s podium.

Additionally, the U.S. flag is never meant to be used as decoration.

All persons of military status are required to salute the flag. Those with no military affiliation should stand in front of the flag with their right hand placed over their heart and remove any headdresses for the Pledge of Allegiance.

On special days or when a national tragedy has occurred, the flag must be flown at half-staff (half-height).

Other American flag display rules include not:

You must first fold a flat in its customary manner when disposing of it. The United States federal government also suggests burning the flag to sufficiently eliminate it, reciting the Pledge of Allegiance, and saluting while discarding the flag.

Lastly, the federal government suggests you bury the ashes after the flag has finished burning.

What Not to Do With the Flag

As Americans, we must adhere to strict flag rules and guidelines. Besides not letting it touch the ground, the flag may never touch anything beneath it, including water, merchandise, or other flags.

It must also always be carried horizontally and never used as clothing. Furthermore, you must never use the American flag as an accessory, bedding, or drapery.

Other important flag rules include flag patches that may only be attached to governmental uniforms, police officer uniforms, and firefighter uniforms.

Finally, the flag may never be used for advertising, promoting, or anything else intended only for temporary use and eventual discard.

When to Fly the Flag

Although there are no federally-enforced rules outlining when citizens can and cannot fly the flag, there are a few best practices worth considering. Considering these best practices can help extend the life of your flag and pole as well as showcase your respect to the U.S Flag Code.

One of the best ways to combat the expedited aging of your flag and flag pole is to avoid displaying it in harsh weather. Aggressive wind poses one of the greatest threats to your flag which is why telescoping flag poles are highly recommended.

With telescoping flag poles you can easily retract the flag to take it down during a storm. You can even retract the entire flag pole and easily store it until the storm passess.

On top of ease of retractability and mobility, brands like Titan Telescoping Flagpoles offer 6105-T5 anodized aluminum poles which can hold up to winds approaching 95 mph! Which means if you don’t want to remove your pole or flag during a storm, your pole will be fine!

It is also customary to fly the flag from sunrise to sunset on a flag pole. U.S. flag regulations encourage citizens to take down the American flag at night unless it can be illuminated for proper visibility.

Although not enforced, there are certain days of the year of which the U.S. Flag Code encourages flag displays.

Another requirement is that the flag should be flown at public institutions, schools (during school hours), and polling centers (during election periods).

If you follow the proper care instructions for American flags, they would neither fade in color nor need to be thrown away. Proper care techniques include storage, cleaning, and regular inspections of your flag.

Only flags made specifically for outdoor use may be flown on an outdoor flag pole. Exposure to the elements such as rain, intense wind, and snow will shorten your flag’s lifespan.

A wet flag flying in the rain puts extra strain on the flag and causes the stitching to unravel. Wet flags should be allowed to dry completely. Folding or rolling up a damp flag will only lead to mildew buildup.

Hand washing your flag with soap and warm water also helps keep your flag looking healthy and clean. Dirt, smoke, dust, and other contaminants all contribute to the discoloration of American flags.

Other American flag rules include regularly inspecting your flag for signs of wear. Flags on flag poles are typically exposed to the elements, though they are also a great way to display your patriotism. Dedicated flag pole companies excel in producing the highest-quality flag poles for American flags.

American flags symbolize freedom and liberty in the United States and should be cared for with the utmost care and attention. Proper flag care is essential to ensure the longevity of your American flag.

Ensure you wash and clean your flag regularly, checking it for signs of weathering. Do not wear it as an accessory, and treat it with respect whenever you hear the Pledge of Allegiance.

Check out our blog for other top tips about flag rules and proper flag etiquette. We update our site frequently with the latest regulations and most up-to-date flag accessories to suit your every flag need.

Flagpole Farm and Titan Telescoping Flagpoles are businesses solely focused on the production and sale of flagpoles and similar accessories. This blog is not to be used as a factual reference, rather as an opinion-based forum in which the information within is not official statements made on behalf of or by Flagpole Farm or Titan Telescoping Flagpoles.

Information provided on this blog is accurate and true to the best of the writers’ knowledge, however, there may be omissions, errors, or mistakes. At any point, Flagpole Farm reserves the right to change the focus and/or content of this blog.

PrevPreviousFlag Pole Company: What to Consider Before Buying a Flagpole
NextTelescoping Flag Poles for Sale: Commercial and ResidentialNext 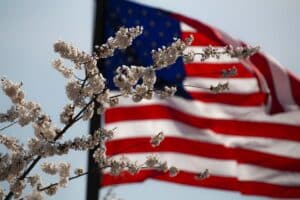 5 Reasons To Buy a Residential Flagpole Kit For Your Home

Are you looking for a way to revamp your front yard? Want to add a special touch to your backyard patio or garden?  A residential 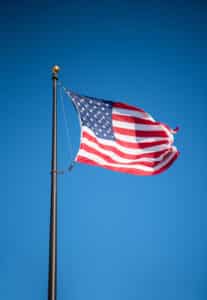 The Key Benefits of the Heavy Duty Flagpole Kit Explained

Today, there are many heavy duty flagpole kits available to consumers. Although having more flagpole kits to choose from can be ideal, its important to